Story of MOTORINO by Founder and Owner Steve Miloshev

From Fascination to Business

In the late 1990’s, I was working as a mechanical environmental engineer for a Canadian company. Between 2000-2002, I was assigned to operate a pilot plant in China handling the remediation of mining drainages that contained heavy metals.

While there, I discovered electric bikes and scooters. I was fascinated, not only by their environmentally clean nature but by their practicality in reducing the traffic congestion. Their design was very basic and quality inferior, but I believed in their potential as a legitimate alternative for personal urban transportation.

While still in China, I made a decision that LEV would be my next business.

Luckily, when I came back to Canada in 2002, the Canadian Motor Vehicle Safety Act (CMVSA) was changed in BC and Quebec to exclude electric bicycles, and some types of electric scooters, from the vehicle category, providing they were compliant with Transport Canada regulations. They were instead classified as Power Assisted Bicycles and could be used without a driver’s license or registration. Five years later, those changes were enacted for all Canada and the US.

I conducted business research, trademarked the MOTORINO name, and in 2003, our first container with electric bikes and scooters arrived in Vancouver. 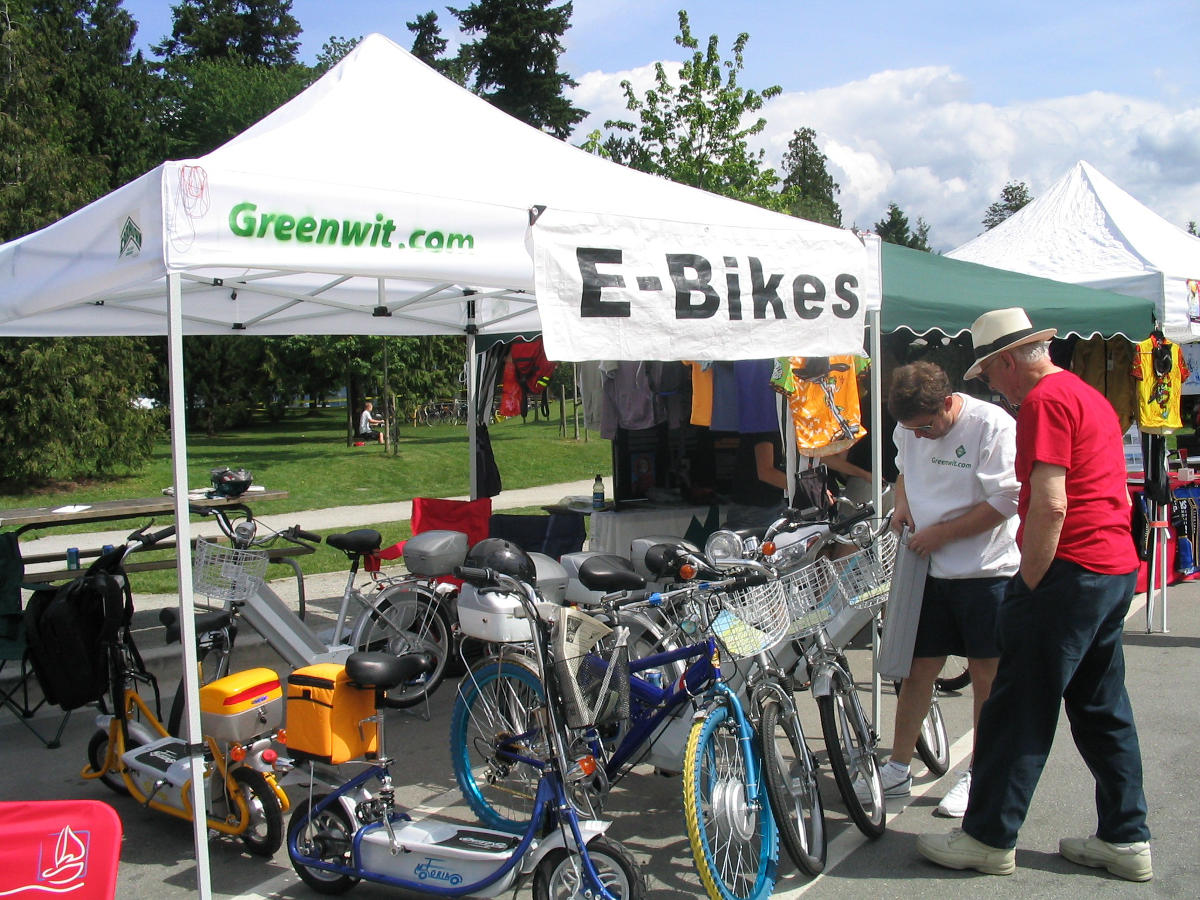 The first bikes we received were heavy and were made with poor quality materials.

At the time, all electric bikes and scooters were produced only for the Chinese domestic market. Another challenge we faced at the time was that Lithium batteries were not commercially available, not very reliable and very expensive. Additionally, export-licensed factories were only manufacturing OEM gasoline motorcycles based on ordered by Japanese and European companies.

None of the motorcycle-certified factories agreed to produce small quantities for Canada, let alone make electric ones compliant with Transport Canada requirements. All “light” electric bikes were built with Lead-Acid batteries that were so heavy that they disqualified the bikes as viable transportation options.

However, because a scooter was perceived as more of an alternative to a motorcycle, its weight was not as important as their performance and their range per charge. We worked with at least one dozen electric scooter producers to find the best options – but we discovered that there was not much difference in their production quality.

In 2008, MOTORINO was lucky to start a partnership with an export certified motorcycle manufacturer that produces DOT or EEC certified machines for the North American and European motorcycle markets.

In the same year, we designed and completed our CCT driving system from MOTORINO’s HQ in Canada. Since the Canadian government limits all electric bikes and scooters to 500W continuous power, regular bikes and scooters were lacking the necessary torque to make them practical on any inclines. Our CCT driving system made it possible for 500W continuous power scooters to achieve the torque and acceleration which up to that point was possible only for gas scooters.

The development additionally allowed us to retrofit high-quality scooters and motorcycles with our electric drive train. 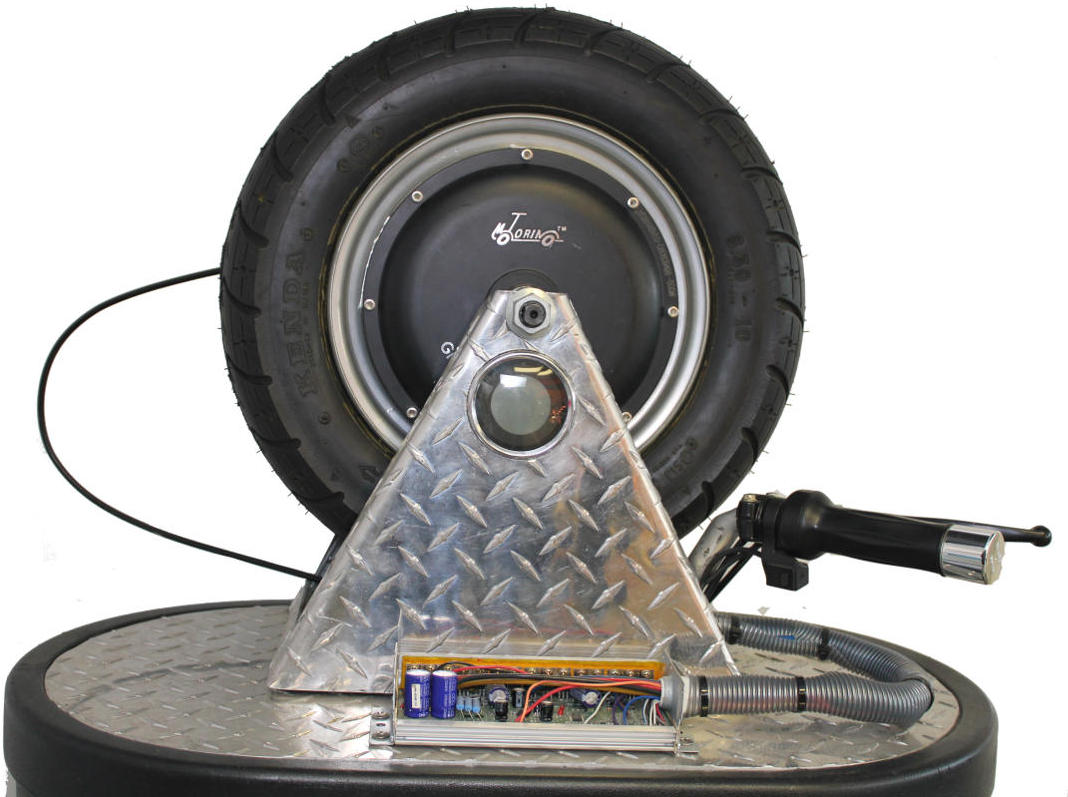 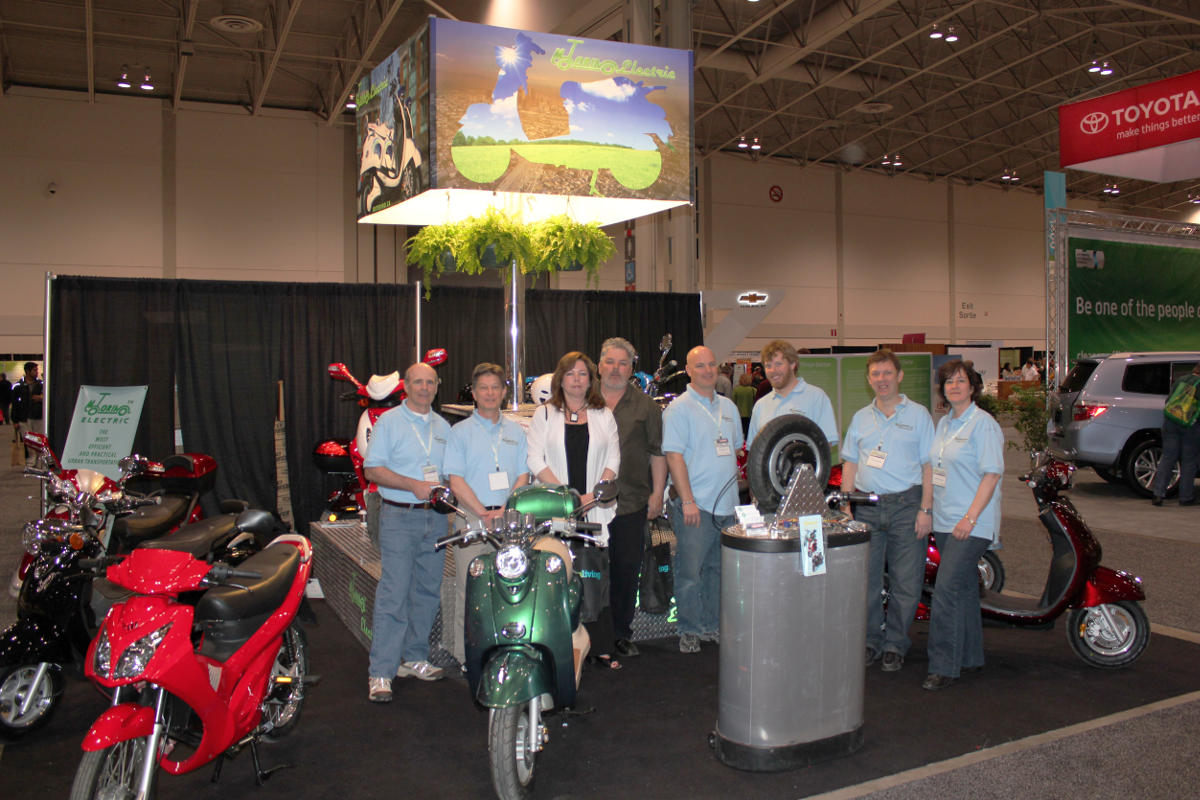 Perhaps the biggest drawback for a groundbreaking business like MOTORINO was the public perception about personal electric transportation at that time.

The only common LEV alternative at that time were handicapped electric scooters. We heard many potential customers make statements like, “This is a good idea! When I get older I will come to buy one of these.” However, some express, such as “You guys are on the right track but you are too early,” were encouragement.

We were also fortunate that the first electric cars like Tesla Roadster emerged on the market and gradually changed the general public perception in favor of electric transportation. Our sales increased and our cash flow finally went into the black after years of near bankruptcy. Our dealership network in Canada increased to more than 30 dealers, and in 2011, we moved to our third showroom of 5000 sq ft (compared to 200 sq ft in 2003.)

While we were seeing more Canadians interested in LEV, electric bicycles sales in Europe exponentially started to increase. Many high-quality bike manufacturers in Taiwan moved their factories to Mainland China to satisfy the European demand. On April 30, 2009, the EN 15194 standard for Electrically Power Assisted Cycles (EPAC) was officially announced by the National Standards Boards (NSBs) of 30 European countries.

One of the reasons that MOTORINO is not only still in the market but also growing is that our strategy determines the two most important investments for our business – R&D and the after-market support.

Unfortunately, many company and individuals are eager to capitalize on LEV’s fast-growing trend. They may rush to order containers of extremely cheap bikes and scooters mostly manufactured for the Chinese domestic market. Those were very similar to the bikes we first imported way back in 2003. Not only selling inferior products, the companies are unwilling to invest in the aftermarket support. That was the reason for the early exit of many of these companies from the LEV business but unfortunately this also damaged the reputation of the electric cycle’s market.

Currently, an international standard for the quality of the scooter-type bikes exported from China does not exist. For more than 13 years, MOTORINO has worked to improve and advance the LEV technology by setting new industry standards. Every year Motorino raises the bar by improving the variety, quality, and support of our products.

For example, most of the light electric bicycles now manufactured in China have reasonable quality thanks to the EN15184 European standard, but their power and speed remain limited in Europe. Therefore, MOTORINO is using all the high-end mechanical components designed for European market and selecting the best combination of electrical components to maximize our electric drive train performance. We also introduced a completely silent and more efficient Sine-Wave electric drive train in 2015 and extended its warranty to five years. 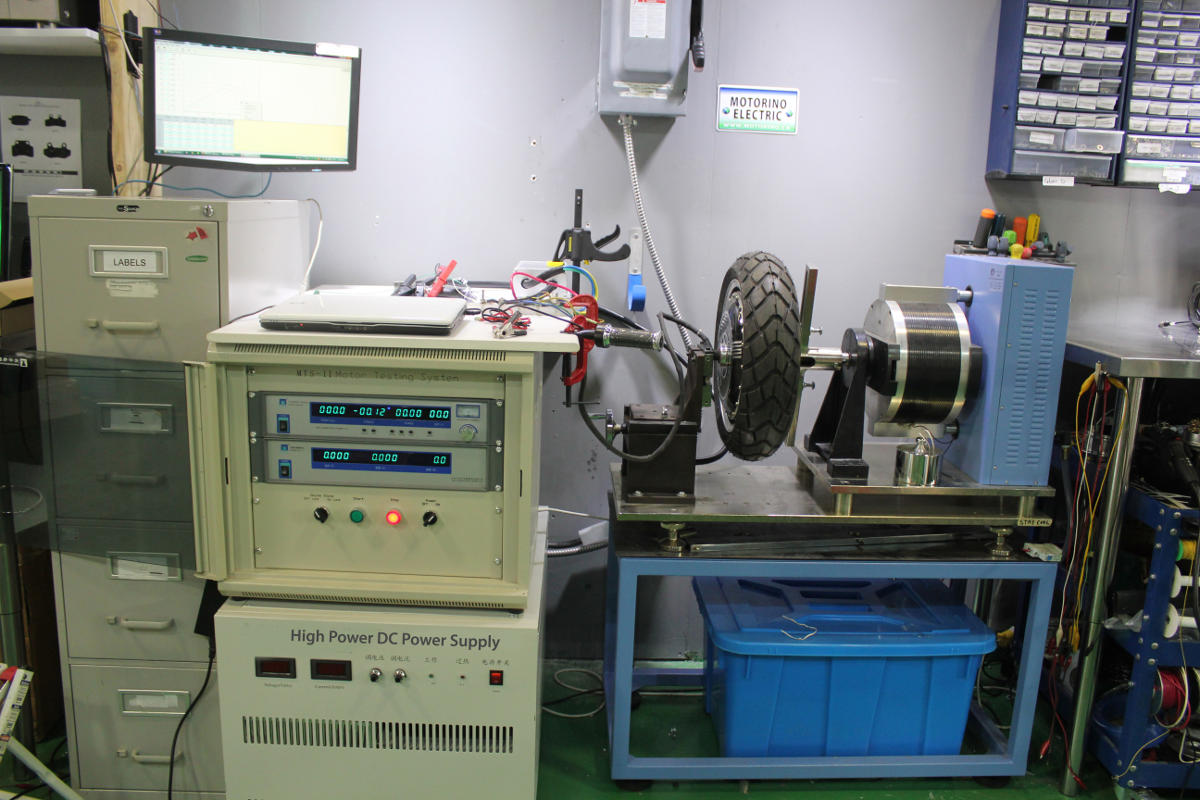 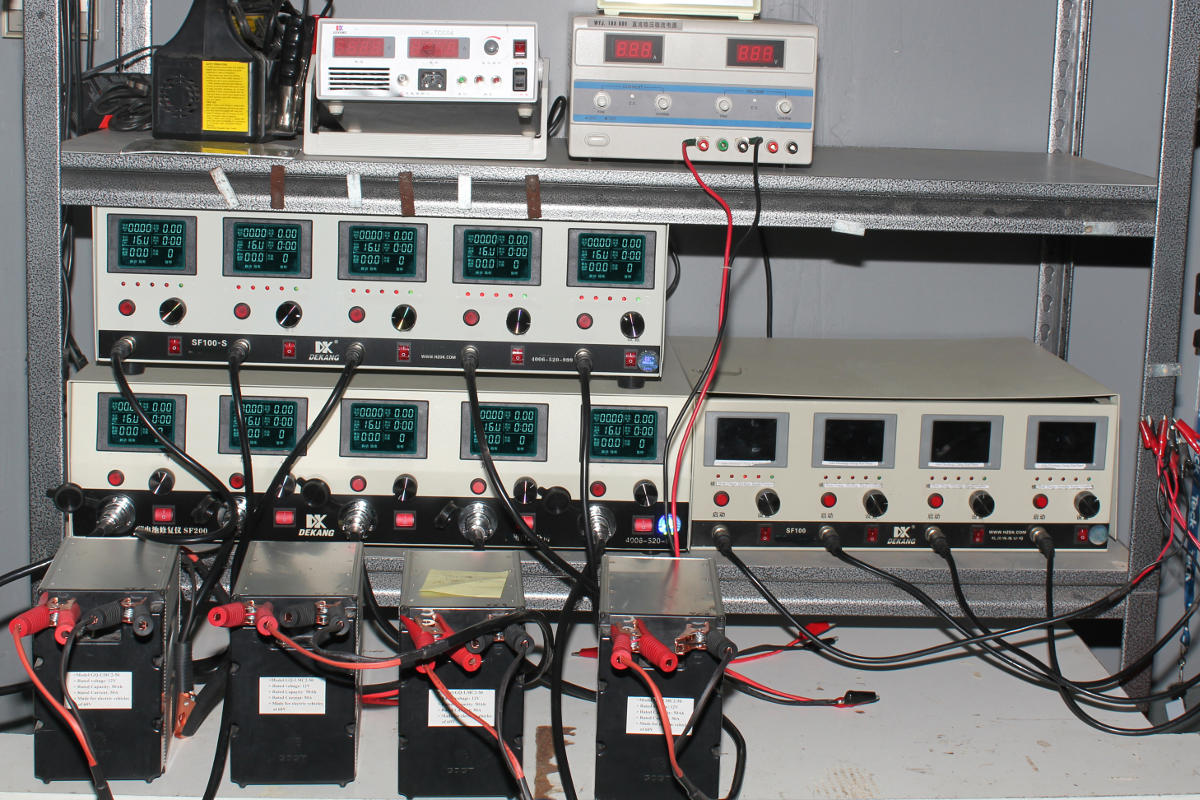 All the improvements that were bringing our products to new levels each year wouldn’t be possible without the in-house R&D we conducted during all these years. We have created a customized technology lab with professional equipment for testing motors, controllers, and batteries. In our lab, we develop, match and test, and select the best components of our bikes to ensure top performance and reliability.

When MOTORINO first introduced the personal LEV, there was much anxiety and skepticism about this new form of transportation.

Now, almost 15 years later, MOTORINO bikes and scooters are the primary form of transportation for many individuals and families due to their higher reliability, affordability, environmental impact, flexibility and freedom and low cost maintenance support from dealers.