Steve Miloshev discovered his love of two-wheeled transport in China. 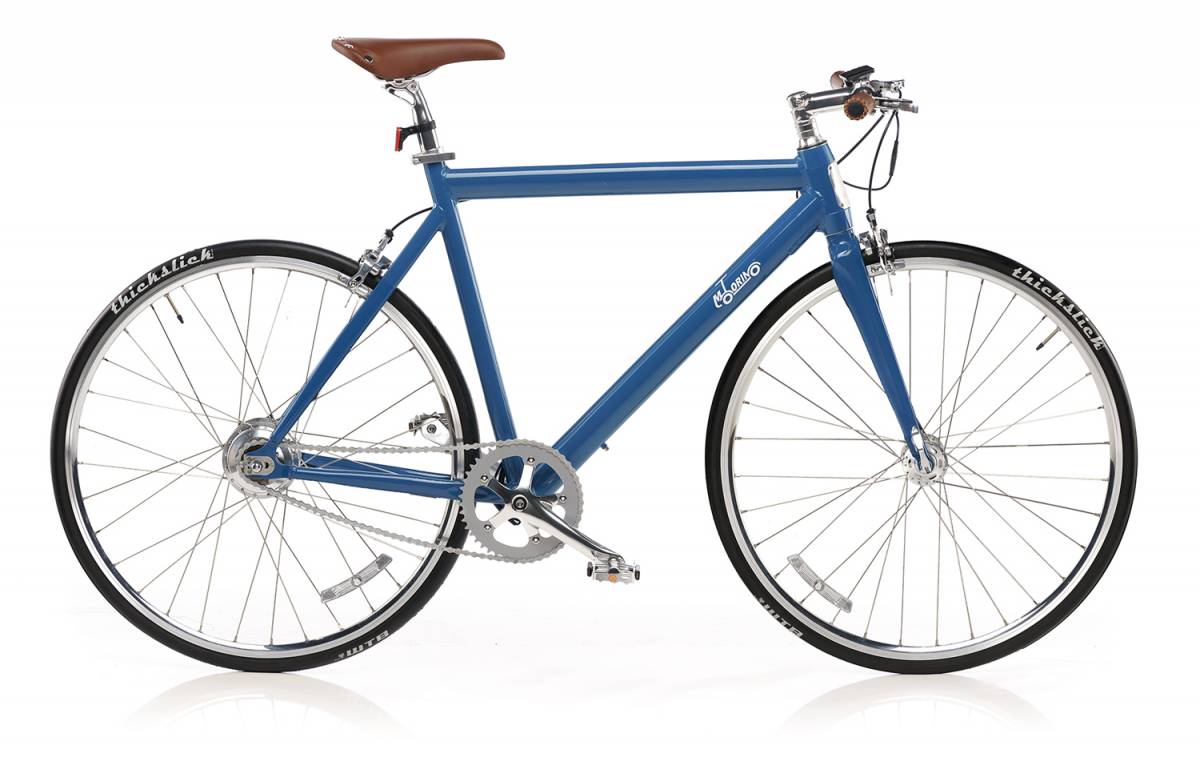 Motorino has just unveiled its new 12.8-kilogram XLr electric commuting bike, which means it’s light enough to place on top of roof racks or carry up the stairs.

The founder and owner of Vancouver-based Motorino was working as a mechanical environmental engineer in that country 18 years ago and he started observing how practical electric bikes and scooters were in alleviating traffic congestion.

He knew then that he wanted to launch his own light-electric-vehicle business. But he had no idea back in 2000 that he would go on to design the world’s lightest metal-framed commuting electric bike. It’s called the Motorino XLr (which stands for “extra-light roadster”).

“It’s only 12.8 kilograms,” Miloshev told the Georgia Straight as he showed one off in his store on West 2nd Avenue. “It’s the first electric bike you can easily put on a roof rack on a car.”

He acknowledged that it’s possible to create lighter bikes with carbon fibres, but they’re not nearly as practical. That’s because the entire frame can become compromised if it’s scratched.

The Motorino XLr bikes, on the other hand, are far sturdier. The frame is created from a special alloy, which Miloshev said is stronger than aluminum.

“That allows us to make the walls of the frame thinner,” he said. “That’s how we shaved the weight of the bike.”

There’s a torque sensor that can determine how much effort is being exerted during pedalling. This sensor sends a signal to the motor, which has five levels of assistance.

Many electric bikes are bulkier than traditional bicycles, but the Motorino XLr has been designed to look quite similar.

Miloshev quipped that as technology improves, he’s hoping that people differentiate the two by referring to them as electric bikes and acoustic bikes.

His new metal electric bikes look like “fixies”, a.k.a. fixed-gear bikes. Although it’s true that there is only a single gear when cycling freely, the electric motor’s five assistance levels act like different gears for the rider, so the bikes can’t really be referred to as fixies.

The thin, high-pressure tires create an efficient ride, according to Miloshev, and the motor supports the rider up to 45 kilometres per hour.

“It doesn’t have a throttle,” he noted. “It’s only a pedal-assist bike.”

It retails for $2,300 and comes in olive green, coral blue, and black.

Everything is black on that version, including the motor and the spokes, which gives it a distinctive look on the roads.

Miloshev pointed out that the markets for electric scooters and electric bikes are quite different.

“Scooters are more an alternative of the car,” he said. “So they’re for people who are not willing to pedal that much.”

The Motorino XLr, on the other hand, appeals to people who don’t want to appear to be riding something with a motor.